I'm very fortunate indeed to own this rare puppet body. It is of the type developed for filming seated puppets from the waist up and have them be controlled from underneath; thus eliminating the overhead control strings which so vexed Gerry Anderson when they were caught on camera.
ORIGINAL (INCOMPLETE) PUPPET-SCALE TELEPHONES
AS SEEN IN JOE 90 AND THE SECRET SERVICE

The white ones are First Generation replicas which I have made from moulds which I took from the originals.

The plan is to scratch-build, then mould the missing handsets and cast them in resin.

My replicas will be made using self-coloured resin, as were the originals
ORIGINAL PUPPET-SCALE FAB1 BATTERY BOXES, LIGHTING SWITCHES AND AERIAL 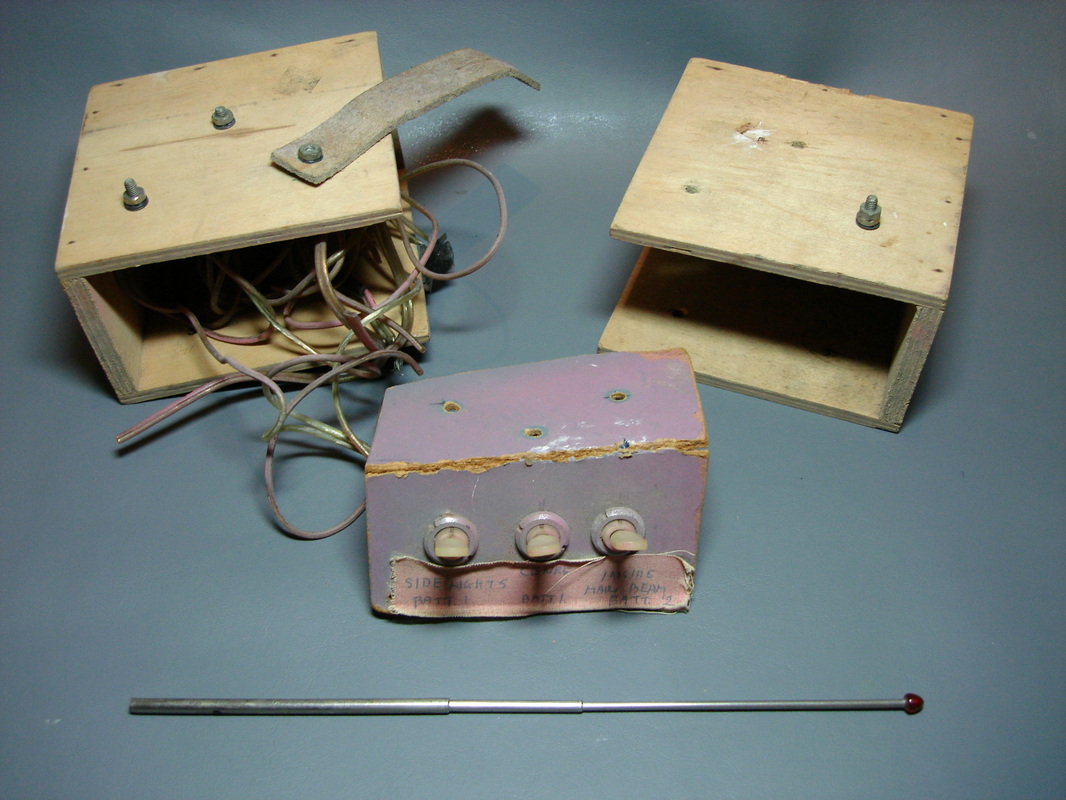 These items were removed from the original puppet-scale FAB1 when it was refurbished in modern times. I obtained them from their second (at least) owner after the studio, along with a letter of provenance which I was subsequently able to independently verify.  They are unique and highly unusual original items.

ORIGINAL Mrs Appleby Puppet from The Secret Service
(Held by The Victoria and Albert Museum of Childhood, Bethnal Green, London)

On 8th April 2014 I took along to the museum my original puppet-scale prop sofa from The Secret Service, and my replica puppets of Father Unwin and Matthew Harding so that I could photograph them with this unique and completely original puppet from the show.  Here are some pictures from that day... 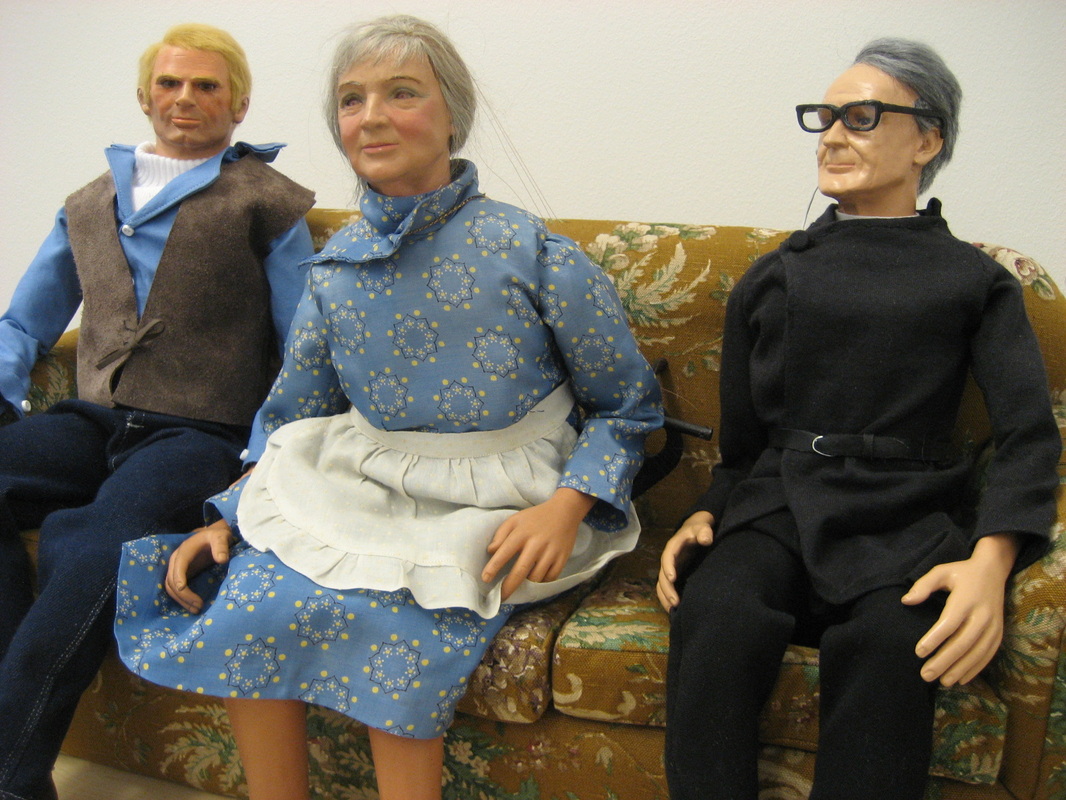 ORIGINAL Tin-Tin (TB6) Head - owned by a friend of mine. 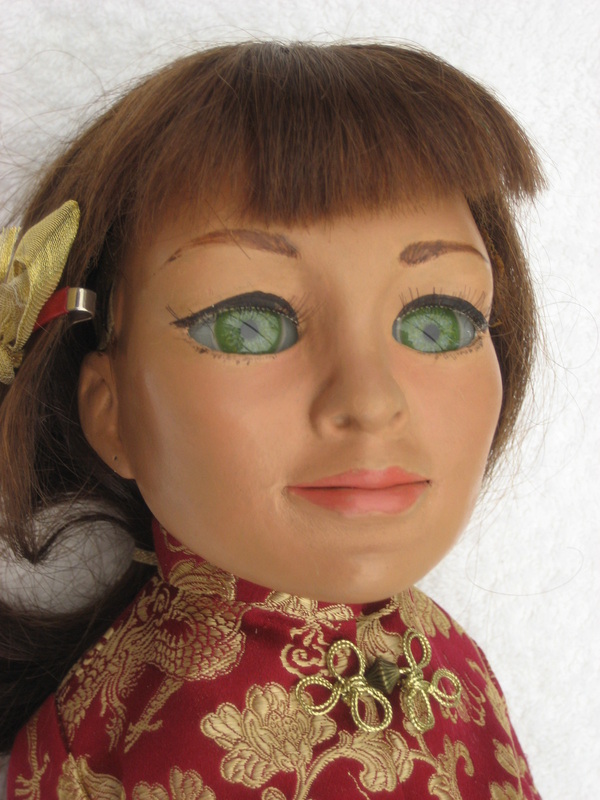 Tin-Tin has her original wig and beautiful modern replica eyes.
ORIGINAL Ben Shazar Head - the main bad guy from the Joe 90 episode 'King for a Day' 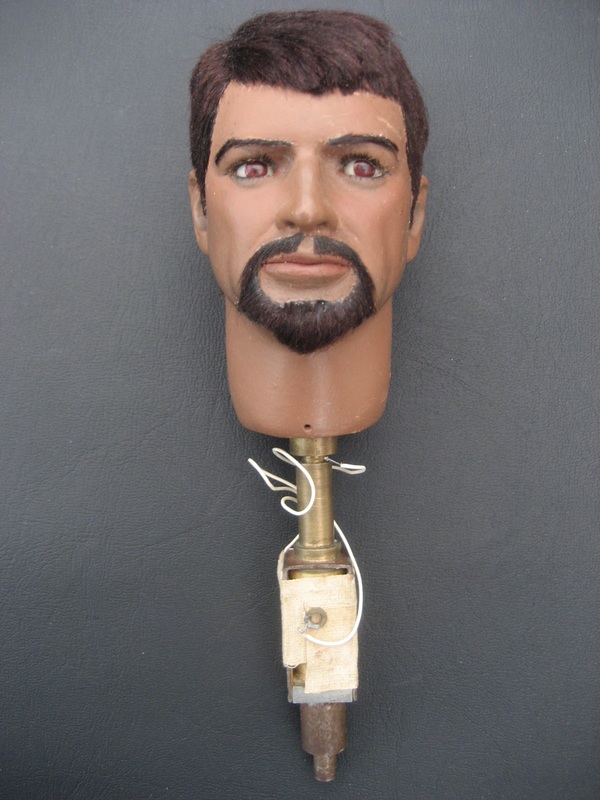 Ben still has his original lip solenoid attached, and is fitted with modern replica eyes.
ORIGINAL Puppet hands from Stingray, Thunderbirds and Captain Scarlet eras
Thunderbirds - original male left hand showing damage between the index and second fingers caused by the thin tungsten control wire during studio use.
Powered by