PUPPET CONSTRUCTION & AUTOGRAPHED PUPPETS
In homage to the word SUPERMARIONATION
- which was coined by Gerry Anderson to describe the filming techniques that he and his incredibly talented staff used to make these shows -
I refer to what I am attempting to do and to present here as
SUPERPROPREPLICATION.

NEW BUILD COMPLETED JANUARY 2015
Here's a brief photo diary of the process by which I make a puppet and Prop replica. 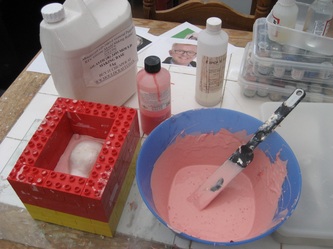 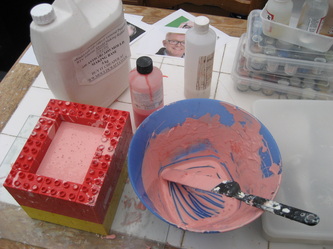 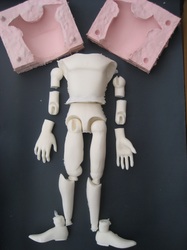 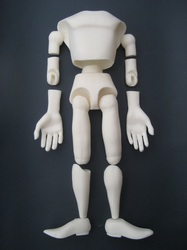 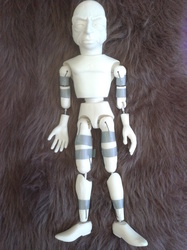 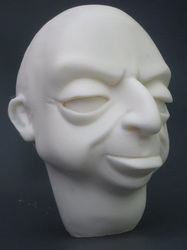 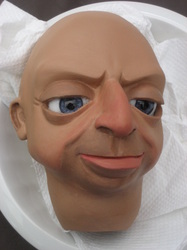 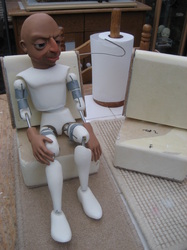 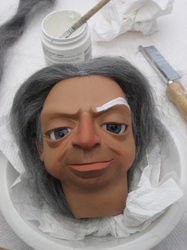 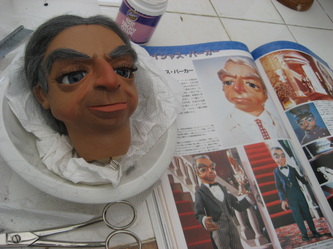 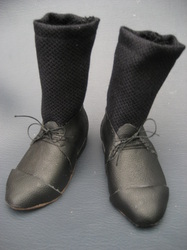 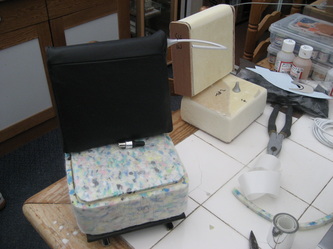 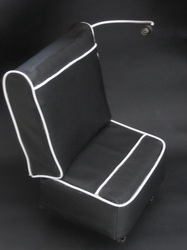 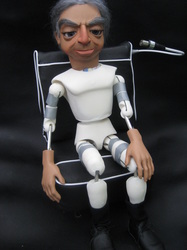 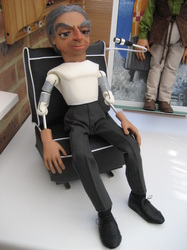 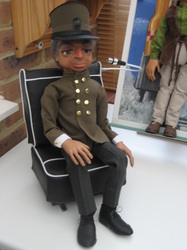 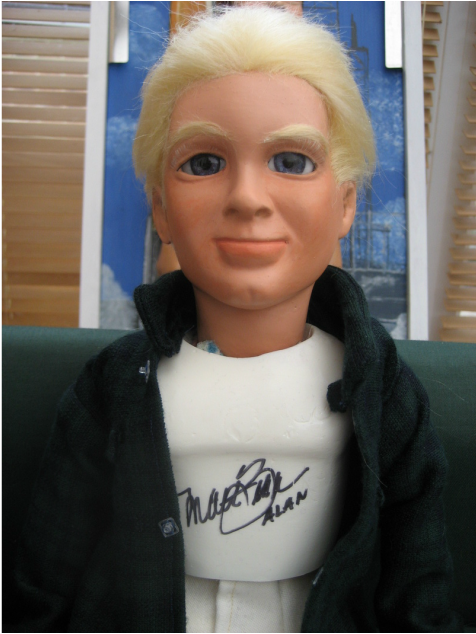 Alan Tracy - signed by Matt Zimmerman who gave him his voice. 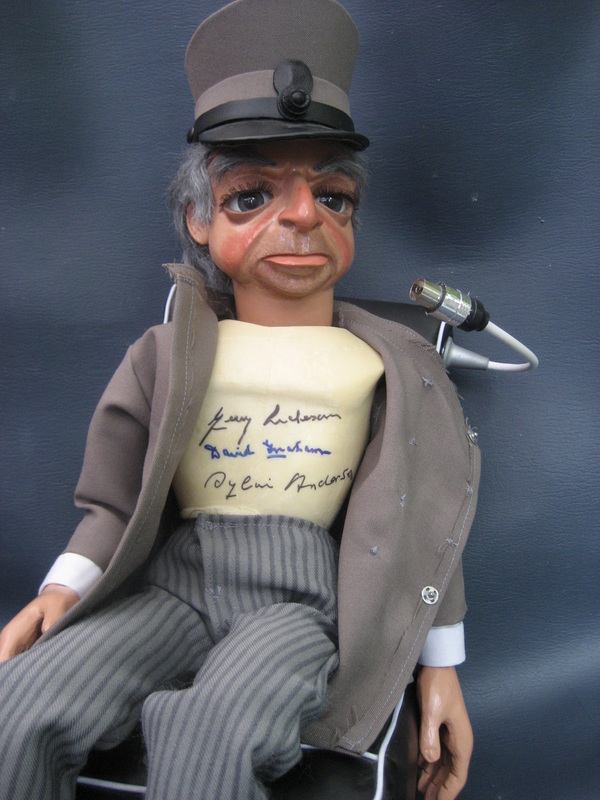 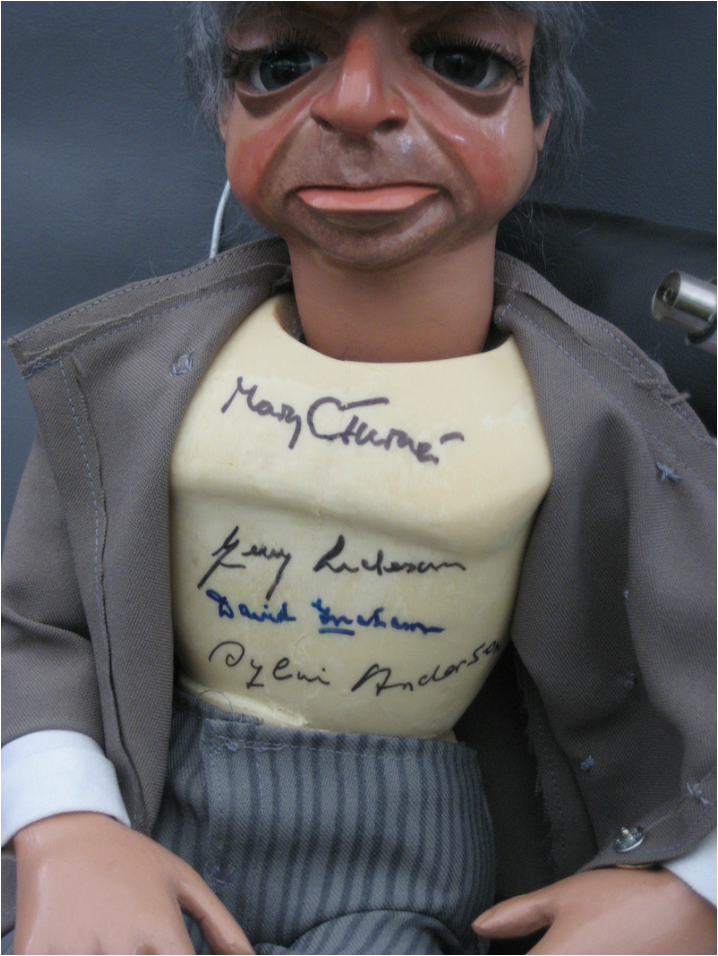 In April 2014 I met Mary Turner, the legendary sculptress, puppet-maker and puppeteer who worked on all the Supermarionation shows throughout the sixties.  Mary very kindly agreed to add her signature to Parker's chest. 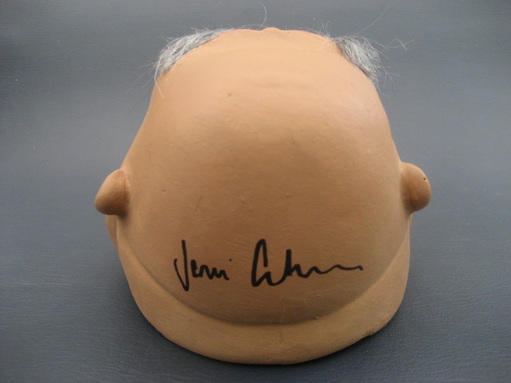